FloodList is run by a small team of dedicated people bringing you news and information on the latest flood events from around the world.

Copernicus is the concrete realisation of the European idea of providing citizens with new public services on both a European and global scale. By investing in Earth monitoring and observation systems and networks, which monitor and forecast the state of the environment on land, sea and in the atmosphere, we are now better able to understand our planet, protect and sustain our environment and feel more safe and secure. 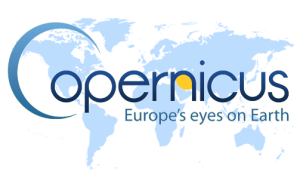 FloodList – About Our Work

We report on all the major flood events from around the world. By doing so, we aim to raise awareness of the risks of flooding and the devastation caused by the increasing number and severity of flood events.

Our news reports and articles help people understand more about floods, what can be done to prepare, protect, stay safe and recover.

FloodList include articles on flood-related issues such as warning systems, mitigation and control, flood recovery, flood damage repair and restoration, as well as flood insurance. Our reports and articles also include information about the extraordinary humanitarian, aid and relief efforts that need to be made in the aftermath of so many flood disasters.

“Floods are on the increase, and we need to be prepared, reduce risk and build resilience”

We want our readers to understand how a changing climate and a changing world is increasing the threat of flooding and hope to inspire helpful discussion and collaboration in preparing for and dealing with the effects of flooding.

People across the world need to understand how to reduce the risk of flooding and build resilience. With this in mind, our reporting stresses the importance of disaster risk and recovery (DRR).

We believe the work of UNISDR and the Hyogo / Sendai Framework for Action demonstrates the way ahead for those threatened by floods.

Our Outlook is Global

Between 1995 and 2015, as many as 157,000 people died as a result of flooding. During that time, at least 2.3 billion people were affected by floods. Threats from sea level rises and increased rainfall, sprawling urbanization and widespread deforestation mean that many countries around the world now experience severe flooding on a regular basis. This is not limited to any particular continent or region. Nor is our reporting.

“In a changing climate, we are all vulnerable to the risks of flooding”

FloodList is based in Germany, Europe. We have contacts, contributors and writers based around the world, and we include news reports and articles from all countries and continents.

If you have any views, news or information about flooding or a flood event, then we would appreciate hearing from you. Always feel free to get in touch. You can find our contact details on this page.

The FloodList team are in regular contact with many flood-related businesses. We often hear from companies in the flood defence sector, or flood clear up and restoration, and of course in flood risk and flood insurance. We know the good work that they do, and we know that it is important to help publicize the products and services on offer.

If you feel that FloodList is a good match for the products or services offered by your company, then always feel free to get in touch. You can find our contact details on this page.

FloodList.com originally began life as a resource for those suffering from the devastating effects of the river floods in Eastern Iowa. We found it extremely useful and informative, and took over the site in order to continue to offer a resource of help and information to anyone who may have to endure floods in their home areas, not just in Eastern Iowa, but across the world.

Since then we have been able to develop FloodList.com into one of the most widely respected and well visited flood news and information websites.

Our interest in flooding comes from our own personal perspective. The founders of FloodList live in an area of Germany – known as the Oderbruch – which is constantly under threat of flooding from the River Oder. The word Oderbruch literally translates as Oder Swamp or Marsh. It is an area of drained land – land that was originally the flood plains of the River Oder. Drainage work originally began in the mid 1700s, and the Oderbruch today is home to many small towns and villages, as well as rich agricultural land, which all depend on the man-made floodbanks and levees to keep tide of the River Oder away.

With its close proximity to the fierce and often raging River Oder “FloodList HQ” is often under threat of flooding should the Oder break its banks. These threats usually come during Springtime, when the ice and snow of the higher regions of Germany, Poland and Czech Republic thaw and melt, thus raising the river levels significantly. The River Oder famously flooded in 1997, leaving our region devastated and resulting in the terrible loss of over 100 lives in neighbouring Poland and Czech Republic. Every single one of our neighbours has a story to tell from those worrying times, and it is those stories that have inspired us to develop this website.