The death toll from the landslide that struck in the community of El Cambray II, Santa Catarina Pinula municipality, Guatemala, in the early hours of 02 October 2015, continues to rise.

For the last 10 days, over 1,000 search and rescue personnel, including a team of specialists from Mexico, have continued to excavate the area in the search for the hundreds of people still missing.

Conred, Guatemala’s civil protection agency, say that rescuers have found 34 people alive. As of 09 October, 263 bodies had been found, with 364 people still missing. Earlier today, officials from the local municipality authorities of Santa Catarina Pinula said that the death toll has now reached 280. Hopes of finding those still missing are fading, and it is a distinct possibility that the death toll could reach over 600.

Three evacuation centres have been set up to house 433 displaced by the landslide, including many young children.

Conred said that a decision will be made early this week as to whether current search and rescue operations can continue.

The landslide at El Cambray II is one of the worst natural disasters to strike in Guatemala for a decade. In October 2005, Hurricane Stan had left over 1,500 people dead. The worst disaster was the 1976 earthquake in Guatemala City that killed over 23,000 people.

Photos of the search and rescue operations at the site of the landslide in El Cambray II, Santa Catarina Pinula municipality, Guatemala, courtesy of Conred, Guatemala. 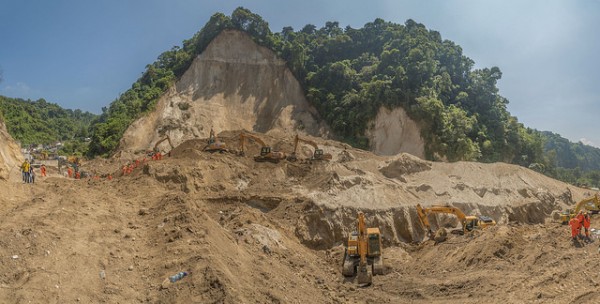 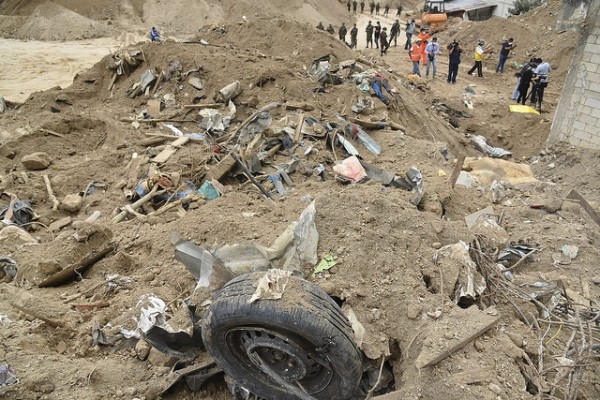 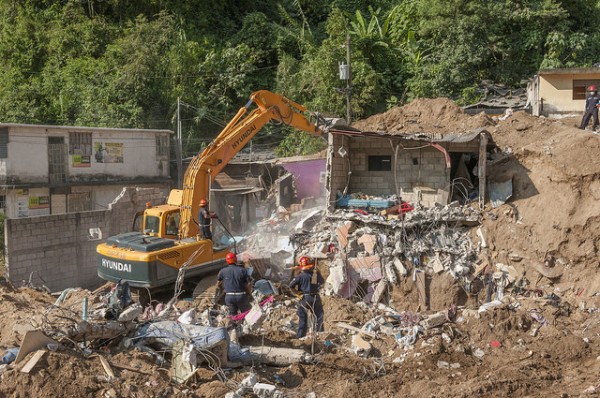 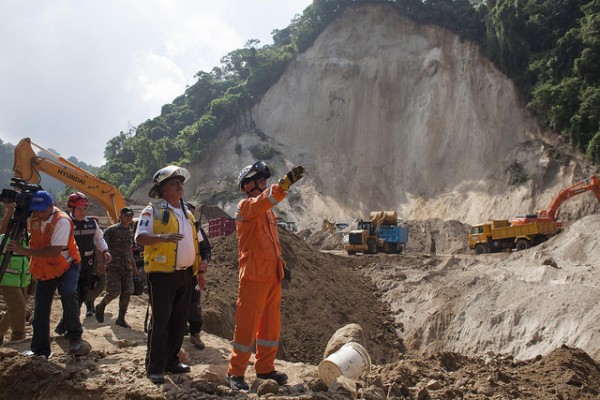 Drones to Monitor Floods in Malaysia