Mangrove-Planting Drones on a Mission to Restore Myanmar Delta

Drones could plant trees 10 times faster and cut costs by half, writes Thin Lei Win for the Thomson Reuters Foundation. 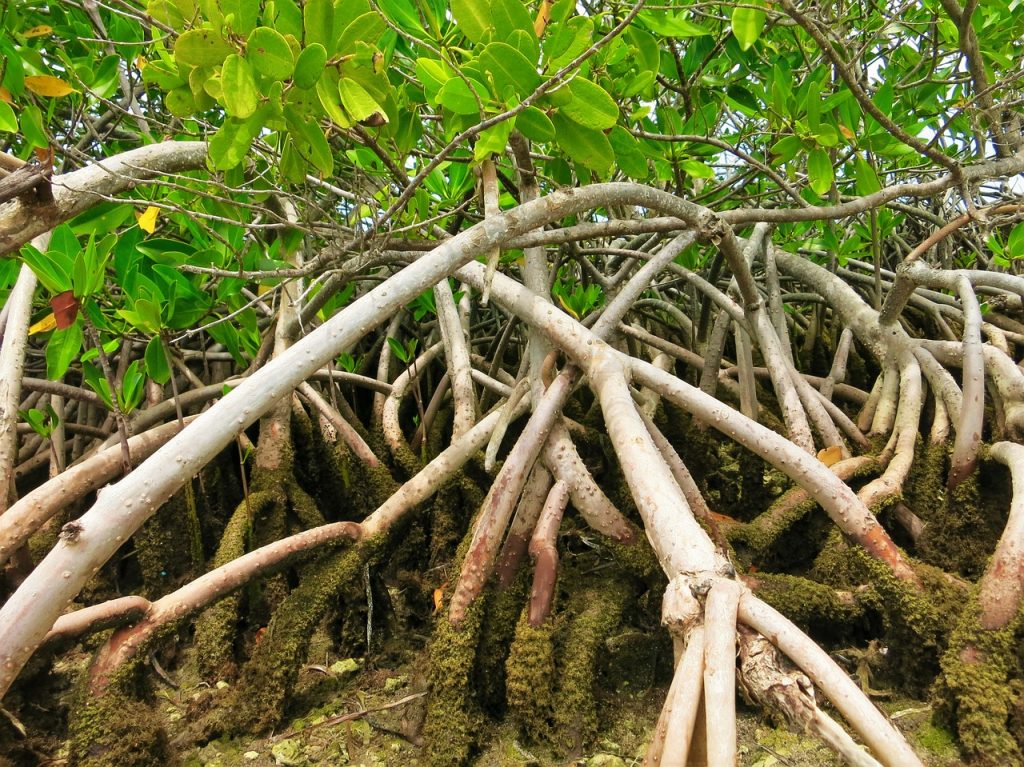 Mangroves protect coastlines in the face of storms and rising sea levels, absorb carbon from the atmosphere, and boost fish stocks, experts say.

Yet Myanmar has lost more than 1 million hectares (about 2.5 million acres) of mangroves since 1980, said Arne Fjortoft, founder and secretary-general of Worldview International Foundation (WIF), which has worked with two local universities to restore mangroves in the Southeast Asian nation since 2012.

There is an “urgent need” to restore mangroves to stem saltwater invasion of farmland and shoreline erosion due to sea level rise, as well as to protect lives and property from storms and floods in coastal areas, he added.

An annual climate risk index by Germanwatch, a green research group, ranked Myanmar – which suffered decades of military rule – second among the 10 countries worst-affected by extreme weather from 1996 to 2015.

WIF has so far planted some 3 million mangrove trees, but the task is laborious and time-consuming.

Drones, on the other hand, could plant trees 10 times faster and cut costs by half, according to UK-based start-up BioCarbon Engineering (BCE), whose CEO is an ex-NASA engineer who worked on the search for life on Mars.

Once the process is fully automated, a single pilot operating six drones can plant up to 100,000 trees per day, BCE says.

In late July, the inaugural BridgeBuilder Challenge, which awards $1 million in prize money for ideas with global impact, selected as one of its winners a proposal by BCE and WIF to test the use of BCE’s drones to plant a million mangroves in Myanmar.

The plan covers 250 hectares and involves training and employing locals to collect and prepare seeds, as well as to maintain, monitor and protect the fragile ecosystems.

It still requires approval from Myanmar’s authorities, but Bremley Lyngdoh, a WIF board member who is applying for further grants, is hopeful work could start later this year.

“We don’t want another big storm to come and destroy a lot of lives and livelihoods like in 2008,” said Lyngdoh, referring to Cyclone Nargis which devastated the Ayeyarwady Delta region, killing nearly 140,000 people.

Drones are particularly useful in complicated or dangerous terrain that is hard for people to access, said Irina Fedorenko, a co-founder of BCE.

They can help green large areas of land very fast, and could contribute to meeting the international community’s commitment to restore 350 million hectares of degraded forests and agricultural land by 2030, she said. That goal will be near impossible without technology and innovation, she added.

They also provide breeding grounds for fish and other sea creatures. Mangroves have been estimated to support 30 percent of Southeast Asia’s fish catch, and almost 100 percent of its shrimp catch.

Yet they are being destroyed at rates three to five times higher than global deforestation, a 2014 U.N. report warned.

BCE’s technology, which works in two phases, aims to change that.

First, drones flying 100 metres (328 ft) above the ground take highly detailed, 3D images of the land while sensors record information such as soil type, soil quality and moisture. The data is then used to create a planting pattern, pinpointing the best spots and species to plant in each location.

Then a drone uploaded with the mapping information flies 2 metres above the ground, shooting biodegradable seed pods designed to enhance germination success. A drone carrying 300 seed pods can cover 1 hectare in 18 minutes, according to BCE.

Fedorenko said BCE had tested around 3,000 species of plants in different conditions, including in Britain and a post-mining restoration project in Australia, and was confident of finding the right combination for Myanmar.

“Mangroves grow very fast. We will see results in a year, but we will know what’s working or not in six months, so there is time to modify the technology and the pods,” she said.

Once perfected in Myanmar, the technology could help other large-scale restoration projects, said WIF’s Lyngdoh.

In June, Vanuatu’s government announced a plan to test the use of drones to deliver life-saving vaccines and health supplies to remote communities in the Pacific archipelago.

And Myanmar, with help from the United Nations’ Food and Agriculture Organization, will soon begin using drone-mapping technology to reduce disaster risks to agriculture.