Below is an infographic about the devastating floods in Pakistan during 2010, which we reported on here. At one point during the floods, “one fifth of the total land mass of the country was under water” in Pakistan.

This is a staggering statistic. On the infographic, it’s clear from all the blue on the map just how far the flood waters flowed from the River Indus basin. The bar chart further down illustrates how many more people were affected by this particular flood compared to previous floods. The illustrations on the right underline the deadly serious consequences of flooding, with the spread of diseases such as cholera. 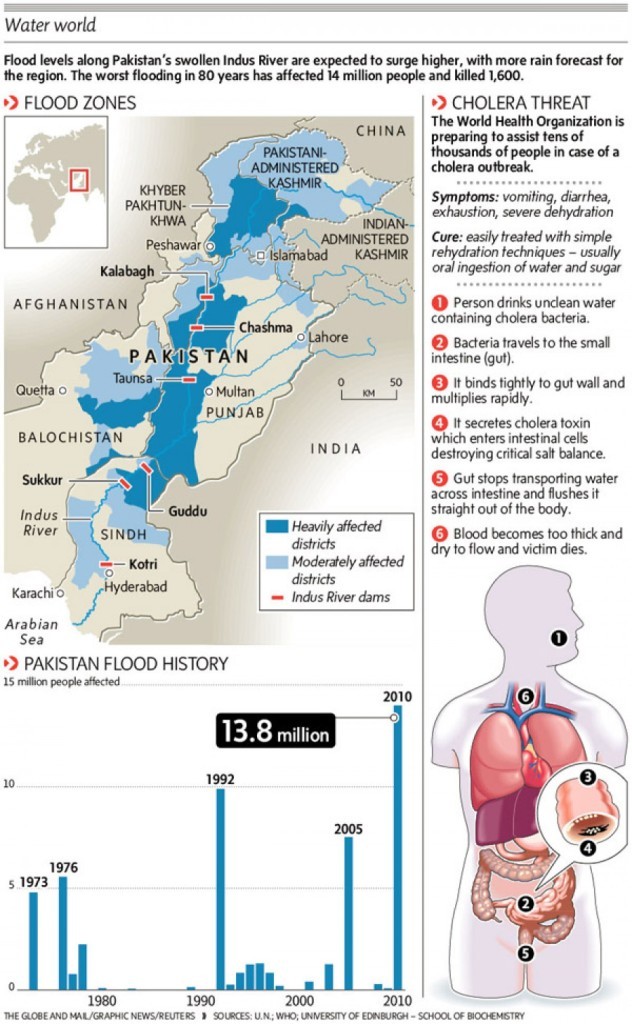 Flooding of the Illinois River

One thought on “Pakistan Floods 2010 Infographic”