2 Killed in Floods in Northern Greece


Heavy rainfall in northern Greece has left some areas on flood alert due to high river levels. Athens saw 69 mm of rain fall between 07 and 08 December. However it was the northern region of Central Macedonia that saw some of the worst of the weather of the last 2 days.

Local media report that two people have died in vehicles that were swept away by flood water since Saturday 06 December.

A young woman drowned in her car after it was washed into an irrigation canal in the outskirts of the city of Serres. In nearby Kilkis, the body of a man was recovered after his tractor had been swept in the Gallikos river.

Severe weather warnings remain in place for the region, as well as many other provinces in Greece. 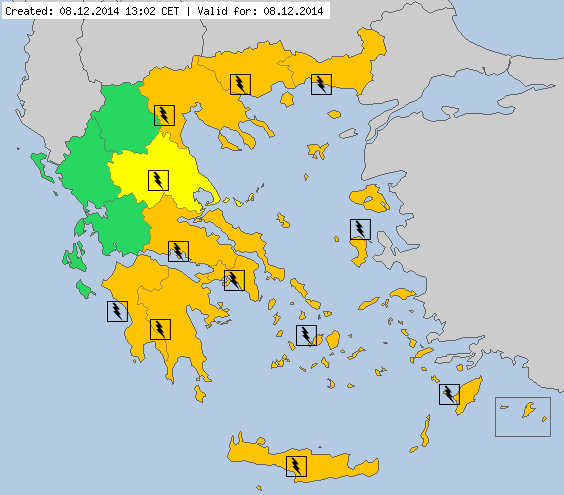 Meanwhile the Hellenic Association of Insurance Companies (EAEE) have announced that the floods in Athens during October 2014 will cost more than € 4 million in compensation. As many as 328 buildings (both private and commercial) and 842 vehicles were damaged during the floods.

Floods in Fiji – One Dead, One Missing