Greek news agencies are reporting that a further 2 people have died in floods in the country.

The fatalities occurred in Thessaloniki and Kilkis, Central Macedonia, northern Greece. One of the victims was a man in his 40s who was found in the overflowing Galikos river in the Thessaloniki region. The other victims was reportedly a passenger who died in a taxi that had crashed into a swollen irrigation canal. The driver of the taxi managed to escape the vehicle.

Severe weather warnings remain in place for many regions of Greece. Although the north is still experiencing storms, the heavy rain now appears to be affecting areas further south. 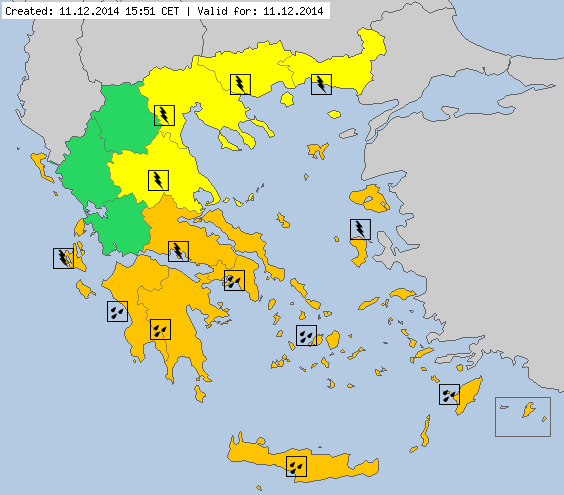 Five people have now died in floods in northern Greece in the last 5 days.

On Tuesday 09 December, a man died when his car was swept away by flood water near the village of Lagkadikia in the Thessaloniki region.

Four days ago two people died in separate incidents as a result of flash floods, also in northern Greece.