Thousands Cut Off by Floods in Honduras

8 January, 2014 by Richard Davies in Americas


Heavy rainfall in Honduras over the past few days has led authorities to issue a red alert for the department of Atlántida and yellow for Colón by COPECO ( Comisión Permanente de Contingencias), the disaster agency in Honduras.

Over 14cm of rain has fallen in 24 hours in the port city of Le Ceiba, Atlántida.

Several areas and around 20,000 residents are completely cut off from the outside world as a result of flood waters blocking transport connections. The flooding is mostly as a result of overflowing rivers across the region, including the Papaloteca River. 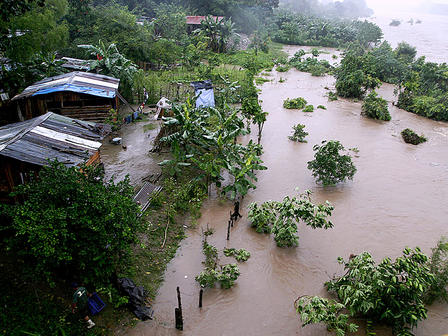 The areas worst affected in Atlántida include Nueva Armenia and El Zapote, and also some parts of La Ceiba.

In Colón, thousands of people are thought to be cut off in the town of Santa Fe. Also affected is the municiplaity of Balfate, where several rivers have burst their banks, including the Coco and the Esteban.

The region has also seen some stong winds and rough seas and 2 fishermen were missing for 2 days in rough seas. They have since been rescued. Strong winds have also damaged houses and trees. 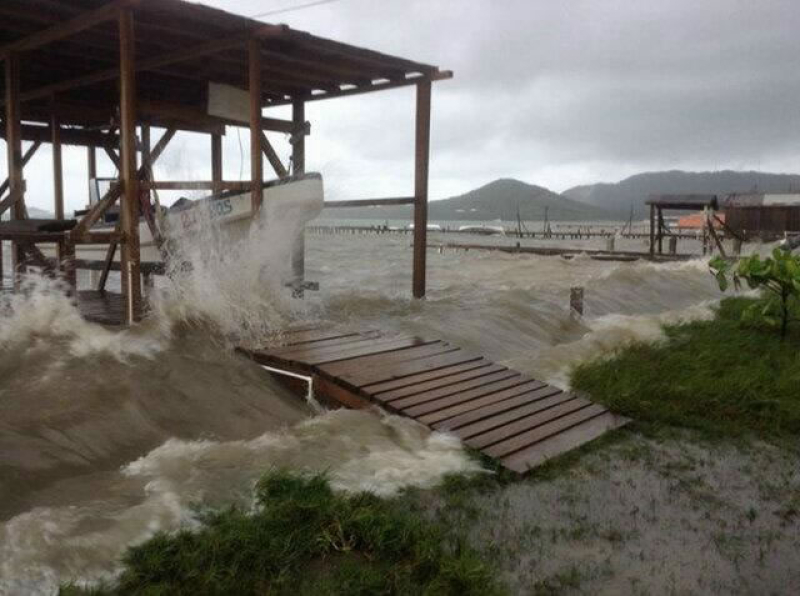 Further rainfall is expected, raising the fears saturated ground and landslides. COPECO have recently issued a warning regarding high river levels and flood waters (translated below):

it is suggested to the population, especially in the interior of the country avoid crossing rivers, ravines, Fords since they can be swept away by floodwaters; particular care must be taken with the children

Colón and Atlántida were hit by flooding that killed at least 4 people in early December 2013.