Heavy rainfall in the Phoenix area on Sunday 21st July brought floods to parts of the city. The storm hit around midday leading to warnings of flash flooding. The storm was the biggest of this year’s monsoon storms with some areas of Phoenix seeing as much as 2 inches of rain in a short period, leaving hundreds of Phoenix residents facing a big clean up.

The flash floods resulted in some locals getting into problems. At least 9 people had to be rescued in 5 different parts of the city, many of whom got into difficulties in their vehicles whilst driving through flood waters.

Emergency rescue teams used helicopters, boats and even rescue swimmers to help the complete their tasks of getting the stranded to safety. some of the resuce operations were caught on video, including the helicopter rescue below:

“If you see a flooded wash, don’t cross them. They’re going a lot faster than people think they are, and they’re a lot deeper.” 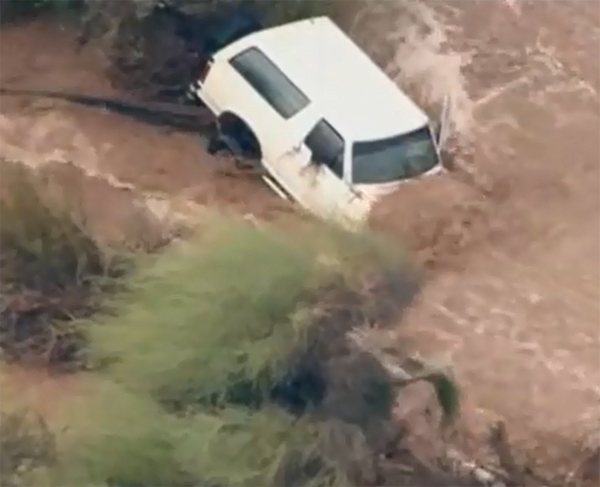