Thailand – Over 50,000 Households Hit by Floods in South

Floods and landslides have struck again in southern Thailand, affecting the 4 provinces of Songkhla, Yala, Narathiwat and Pattani. Authorities report 3 people have died as a result.

Flooding began around 04 January after heavy rain influenced by the North East Monsoon and an area of low pressure off the coast of Peninsular Malaysia, where flooding has also affected thousands of people since the start of the year.

According to Thailand’s Meteorological Department, in a 24 hour period to 05 January, Yala recorded 141.9mm of rain and Narathiwat 71.7mm.

According to Thailand’s Department of Disaster Prevention and Mitigation (DDPM), as many as 58,497 households are affected across over 30 districts, with 907 people displaced.

Two fatalities were reported in Yala and 1 in Songkhla, where 2 people were also reported injured.

Landslides were reported in several districts of Yala and Narathiwat. A team from the Royal Thai Army was deployed to make repairs to a severely damaged bridge in Than To District, Yala Province. 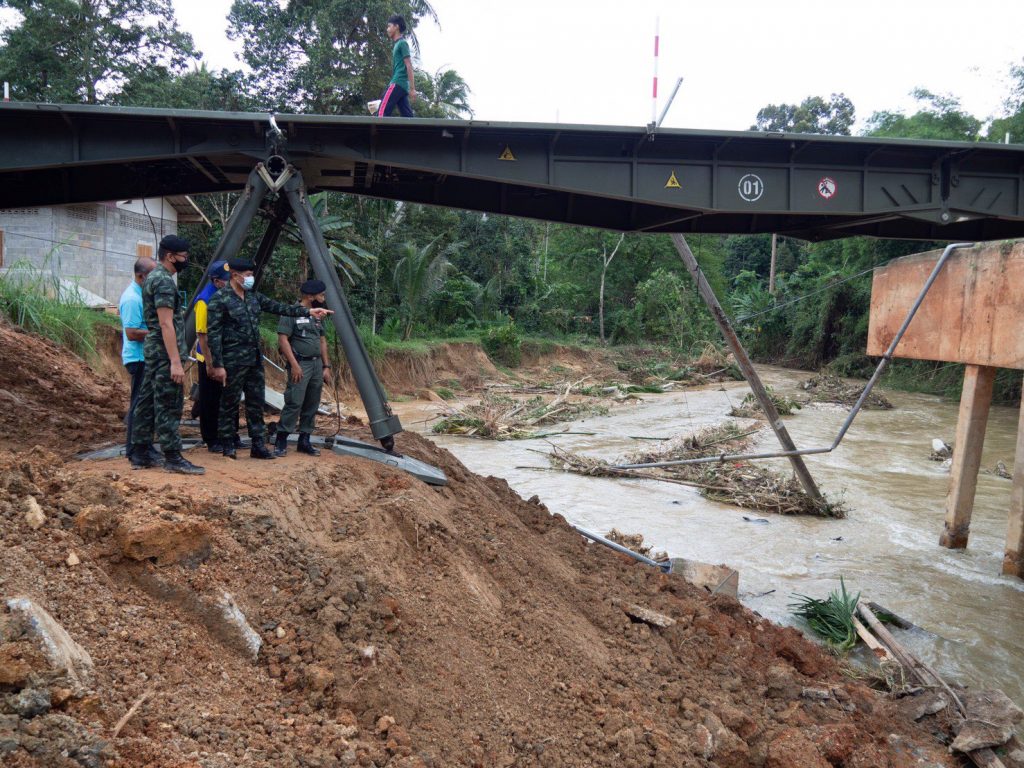