During January 2013, a tropical cyclone developed in the Gulf of Carpentaria, a large area of sea enclosed on 3 sides by northern Australia. The cyclone was eventually named Tropical Cyclone Oswald on 21st January 2013, and just a few hours later, moved from being over water to landfall, in Kowanyama, Queensland, , Australia, a remote town of just 1000 inhabitants in the far north of the Cape York Peninsula, Queensland. The cyclone began to move southwards, and in fact by the 30th January had covered an area of Australia from the northern tip to the Tasman Sea, leaving in its wake floods and severe weather in both Queensland and New South Wales. 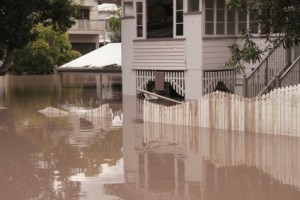 There was severe flooding in parts of Queensland, including over 1m of rainfall over 48 hours in some areas. Almost 25% of Queensland households suffered from interrupted power supplies. Communications systems were also disrupted since the fibre optic cabling – both primary and back-up – were damaged. The result was no mobile telephone or Internet, but more serious, no landline telephones for many, leaving those vulnerable unable to contact the emergency services. The transport system was also badly affected, with roads and railways severely damaged.

Take a look at this video (in 2 parts) showing some of the flooding and extreme weather damage in Biloela, Queensland, around 26th January 2013.

Just as the clear-up operations were beginning, a monsoon trough passed over almost the exact same areas of the two Australian states of NSW and Queensland. Repair work from the pervious floods had to be halted, whilst further damage was inflicted by the extreme weather and flooding brought by the monsoon.

Driving During a Flood

One thought on “Eastern Australia 2013”