A low pressure system brought torrential rain to parts of New South Wales between 05 and 06 January 2016, resulting in severe flooding. The Hunter Valley region, including Newcastle, is the worst-affected area. Sydney has also seen some heavy rain, although no major flooding has been reported.

Australia’s Bureau of Meteorology (BoM) said earlier today that 255 mm of rain fell at Bungwahl near Bulahdelah, with 80 mm of it falling in a one hour period between 18:00 to 19:00.

Earlier today BoM had issued a severe weather warning. By 17:00 BoM said immediate threat of severe weather has passed, “but the situation will continue to be monitored and further warnings will be issued if necessary. A low pressure system off the southern Mid North Coast continues to move towards the northeast, causing rainfall rates to ease in the Mid North Coast and Hunter districts”.

Evacuations were carried out in Raymond Terrace and the town of Dungog, both in the Hunter Region. Dungog was one of the worst hit areas when floods struck in April 2015 after 300 mm of rain fell in 24 hours. Flash floods ripped through the heart of the town, dragging houses with it. Three people were killed in the torrent. Homes, businesses, roads and bridges all suffered severe damage.

A group of campers has been cut off by flood waters at Deua National Park. Emergency services are currently unable to reach them by land or air.

In their latest update of 06 January 2016, NSW SES said that “ground crews made contact with the campers via radio across the flooded Deua River, over 30 campers are known to be in the area and are OK at this stage. NSW SES crews will attempt access by road and air tomorrow”.

Mr Elliott said since the beginning of the storm, the NSW SES has conducted 21 flood rescues, most of which were completely unnecessary.

“Despite countless warnings, people are continuing to risk their lives and the lives of volunteers by crossing floodwaters,” Mr Elliott said.

“Floods can be extremely dangerous, it is critical to remain vigilant and aware of the changing conditions. The best way you can help emergency service workers is to stay on high ground.

“Anyone who chooses to ignore the warnings and drive through flooded roads could face a fine in excess of $400 for negligent driving.

“We would also like to encourage holidaymakers who may be in flood risk areas to be aware of local conditions and not wait until it is too late to seek higher ground.”

Since the beginning of the storm, SES workers across the state have been working tirelessly responding to over 1400 calls for assistance including 21 flood rescues.

“I would like to personally thank the hardworking emergency services staff and volunteers for keeping the community safe during this wild weather,” Mr Elliott said. 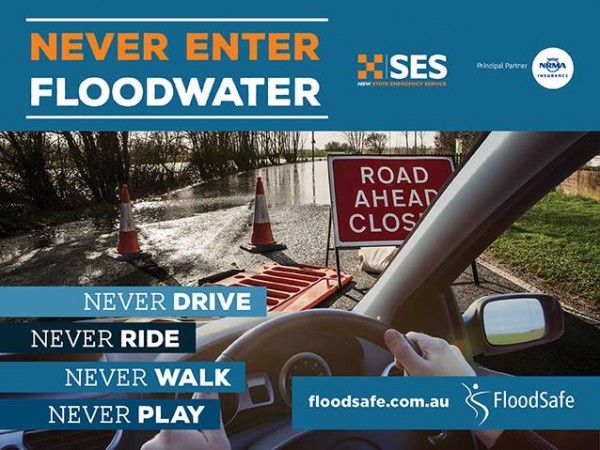 Honduras – 200 Evacuated After Floods in Colón and Atlántida