The Marshall Islands sits in the open ocean located about halfway between Hawaii and Australia, in the region of the Pacific known as Micronesia. The average height above sea level of its 1,225 islets in 29 atolls is only 7 feet (2 meters). As such, it is extremely vulnerable to rises in sea levels.

Yesterday 21 January 2015, a king tide flooded wide areas of the capital, Majuro, as well as several of the country’s outer islands, including Mejit, Kili, Utrik and Ailuk. Further flooding is expected, and could be worsened if accompanied by strong winds and storm surges.

The flooding has caused damage to property and some roads. Some reports say local schools had to be evacuated. There are no reports of any casualties.

Photos below courtesy of Tony de Brum, Minister of Foreign Affairs of the Republic of the Marshall Islands. 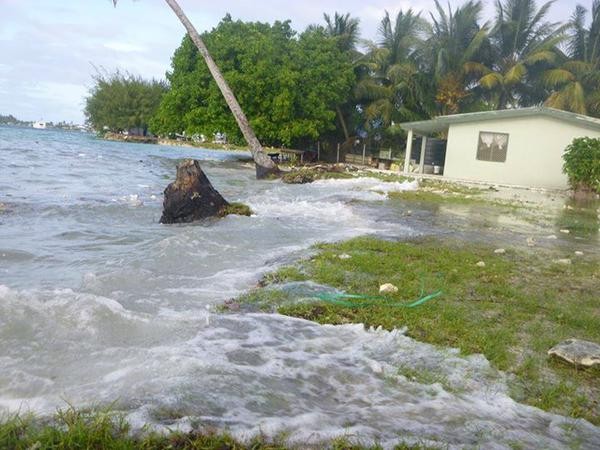 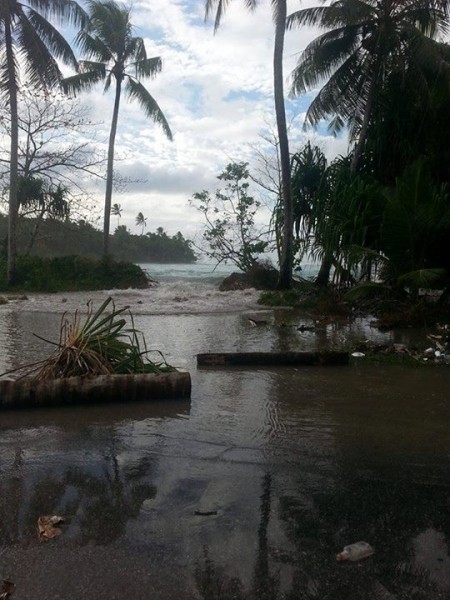 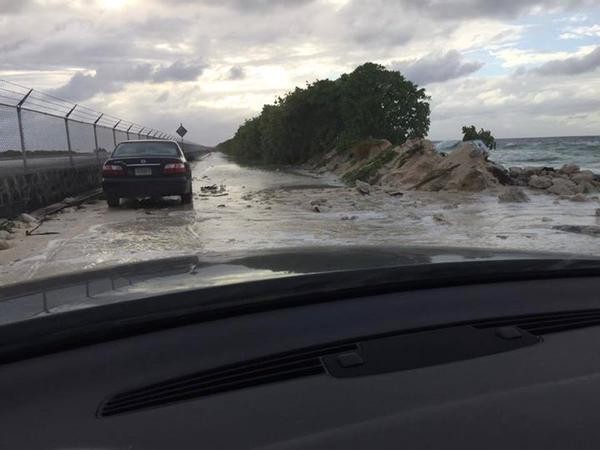 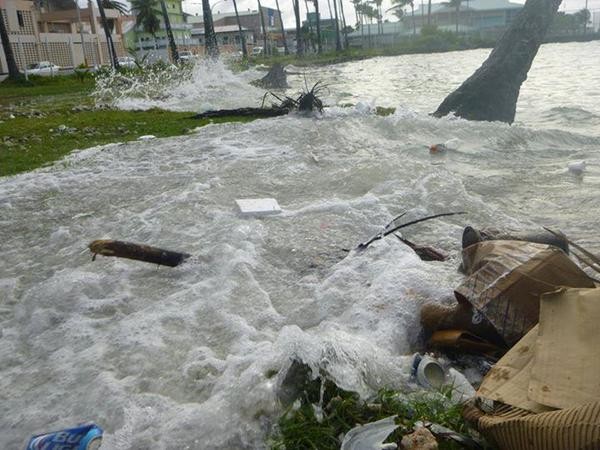 Many areas of the Marshall Islands are of course no stranger to coastal flooding.

In March last year, a storm surge combined with a an extreme high tide flooded parts of the Marshall Islands, including the capital Majuro, early on Monday 3 March 2014. Around 800 people had to evacuate their homes and stay in temporary accommodation.

Later in the year, during October 2014, high waves and tide caused yet more coastal damage and flooding.

Marshal Islands – The Canary in the Coal Mine

Christopher Loeak, President of the Marshall Islands, last year presented the Majuro Declaration for Climate Leadership to U.N. Secretary General Ban Ki-moon, calling for the world to be more ambitious on climate action.

He also has warned the world against indifference, saying what is happening in his country is just a foretaste of what other countries will soon experience. In a video address, he said:

“We are all in the same boat together; what is happening here is a mere preview … If my country goes, others will surely follow.”

“We are the canary in the coal mine.”

In her address, she said:

“We’ve seen waves crashing into our homes and our breadfruit trees wither from salt and droughts. We look at our children and wonder how they will know themselves or their culture should they lose our islands.”