Storms brought strong winds, heavy rain and flash flooding to parts of Europe since last week. One weather-related fatality was reported in Germany.

As reported earlier, flash flooding affected parts of France and Belgium after more than 50mm of rain fell in around 1 hour on 02 June 2021. 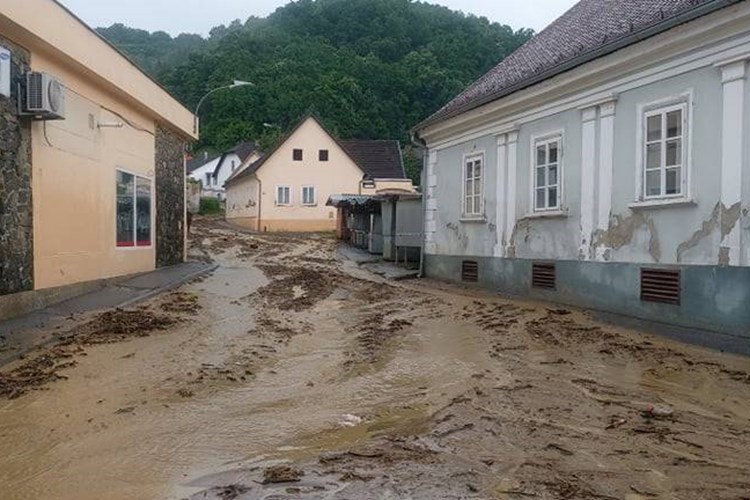 Stormy weather later affected areas of the Netherlands, where some minor flash flooding was reported in Deelen, Epe and Nijmegen among others. As much as 42.9 mm of rain fell in about 1 hour in Deelen on 03 June 2021. Heavy rain of over 60 mm was reported in Recken op der Mess, Luxembourg, the following day.

In Germany, Rockenhausen in the Donnersbergkreis, Rhineland-Palatinate, saw more than 40 mm of rain in 1 hour on 03 June. More than 180,000 lightning strikes were reported on 04 June. Voelkersleier in Bavaria recorded 59.2 mm of rain in 24 hours to 06 June.

A serious road accident occurred in Düsseldorf after a young cyclist was hit by lightning. One person died and 3 were injured after weather-related accident at a construction site in Stuttgart.

Flash flooding was reported in parts of Thuringia, North Rhine-Westphalia, Hessen and Bavaria among others. The Fire Service was called out to hundreds of interventions, mostly to attend to flooded streets and cellars.

Some of the most severe flooding struck in Mosbach, Wutha-Farnroda, Thüringen, where local streams overflowed sweeping away vehicles and prompting at least 3 rescues.

The Civil Protection Directorate in Croatia reported that severe flash flooding affected areas of Požega-Slavonia, Zagreb and Bjelovar-Bilogora counties 06 to 07 June. As much as 70 mm of rain had fallen in some locations.

The worst affected areas were the town of Požega and the settlements of Drškovci, Vidovci and Dervišaga in Požega-Slavonia County. Civil Protection said homes and roads were flooded and small landslides also reported. Rail transport has been disrupted. In the settlement of Vidovci the electrical network was turned off due to the danger for firefighters.