Ireland itself has not been prone to flooding until the last few years. The agricultural nature of the country up until recently may have been one of the reasons. Paving and urban development hinders the absorption of rainwater and channels more of the runoff into rivers that can swell and overflow their banks. 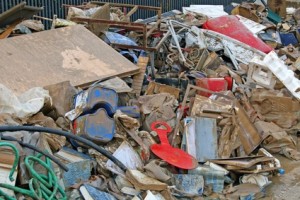 In August 2008, flash floods due to strong rainstorms occurred in locales all across Ireland, affecting counties from Cork to Galway to Kilkenny to Donegal. Parts of Belfast and Dublin were also made impassable by floodwaters. But the following year, in November and December 2009, a rainy weather event affected most of Ireland, hitting the counties of Cork, Clare, Westmeath and Galway hardest. In the city of Cork, a water treatment plant was flooded, contaminating the city’s water supply and leaving over 40 per cent of the population without drinking water. Cork’s judicial courts were moved to a hotel. Homes and businesses in the cities of Cork and Bandon and in the eastern part of County Galway were left without electricity.

In the fall of 2011 and the spring of 2012, floods seemed to be hitting everywhere in Ireland. Severe rainstorms hit Belfast, Dublin and other areas of northeast Ireland in October 2011. The spring of 2012 also saw strong flooding all over Ireland, in Antrim, Banbridge, Maghera and Tyrone, to name only a few places. Train service was cancelled between Dublin and Belfast and roads were closed in Cushendall, Ballycare, Moira and Lurgan. Automobiles had to be towed from floodwaters that had covered roads. Luckily, there were only isolated fatalities in all these floods.

Preparing for a Flood

One thought on “Ireland”