Strong winds and heavy rainfall in the Polog Region of north-western Macedonia, yesterday, 03 August 2015, caused the Pena and Porojska rivers to overflow, as well as flash flooding and storm damage.

The worst affected areas are Tetovo city and municipality, and surrounding areas. Roads and buildings have been damaged, particularly in Shipkovica and Golema Rechica, according to ECHO.

The city of Tetovo is located in the foothills of Šar Mountain and divided by the Pena River, making it vulnerable to both storm run-off and river flooding. The storms and floods have been described as the worst to hit the area in over a decade.

A local observer told us that much of the damage in Shipkovica was a result of landslides from the Šar Mountain. There is also some anger amongst residents of Tetovo towards the city’s authorities, who they blame for worsening the flooding by not clearing garbage from the Pena river that runs through the city.

State broadcaster MTV reported earlier today that at least four people have died and 12 injured. Some reports say that between five and ten people have died. Further rainfall is expected over the next 24 hours.

Associated Press report that regional officials said that at least seven villages in the region had lost road access because of mudslides, while the storm had also cause a bridge collapse and the overnight closure of the road to neighboring Kosovo.

According to AFP, Prime Minister Nikola Gruevski and Tetovo mayor Teuta Arifi visited the area on Monday. Later Gruevski called an emergency session of his cabinet to discuss the damage.

Photos below of the floods and landslides in Tetovo, courtesy of the office of the mayor, Municipality of Tetovo. 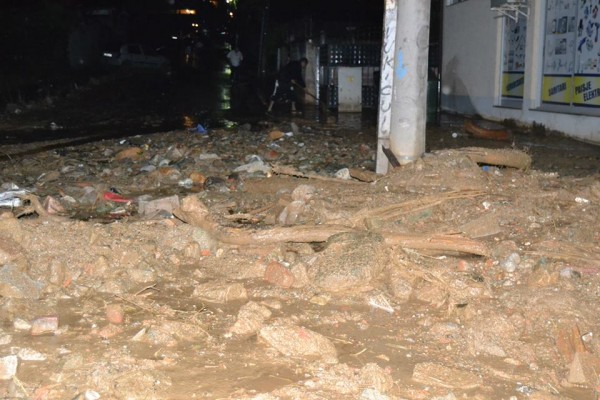 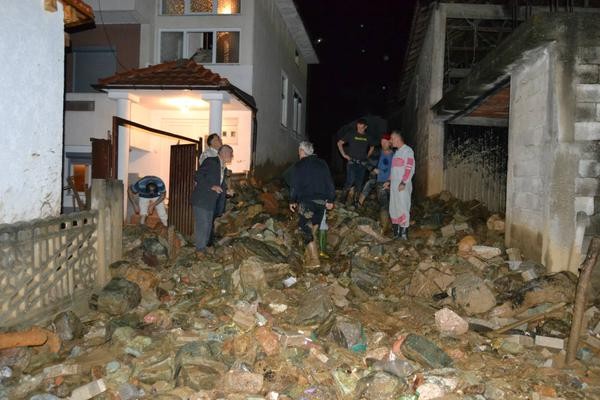 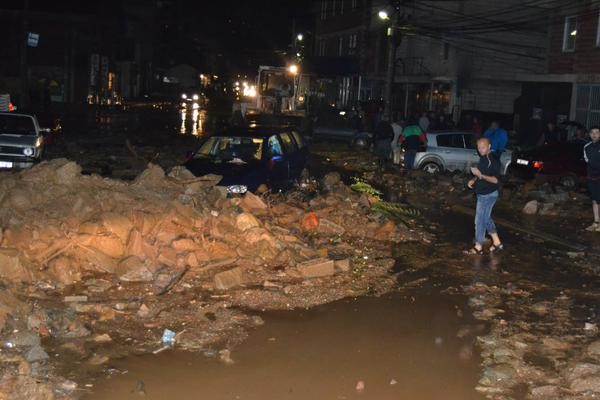 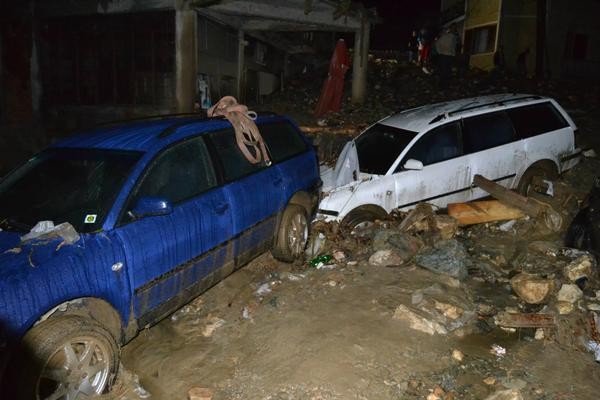 Three rivers – the Luda, Crna and Slupcanka overflowed in Macedonia after heavy rainfall in March 2015, causing flood damage to crops and farmland in the municipalities of Kavadarci, Prilep and Kumanovo.

The country was badly hit by flooding during February 2015 where over 100,000 people were affected. The worst affected areas were the southern, southeastern, southwestern, and central parts of the country. Agricultural land, electrical infrastructure, roads, and a large number of homes were severely affected.