Company Aims to Save Lives With Innovative Rooftop Liferafts

An innovative life raft is taking urban flood protection to a whole new level. ARK Rooftop Liferafts mount to any building’s exterior vertical cladding, and with the press of a button the survival-ready raft is deployed within seconds.

When Hurricane Harvey unleashed unprecedented and catastrophic flooding in August 2017, thousands of people in the Houston metropolitan area and Southeast Texas rushed to call 911. To make matters worse, well over 20,000 calls for help were from residents stranded on their rooftops.

This horrific scenario is all-too common when natural disasters strike. Harvey is tied with Hurricane Katrina in 2005 as the costliest tropical cyclone on record, causing $125 Billion (USD) in damage and numerous fatalities.

It is now a known fact that natural disasters are on the rise around the globe, but don’t despair, a group of innovative entrepreneurs have come to the rescue.

Meet ARK, the world’s biggest and baddest survival life raft that just launched on the market.

Developed by Rooftop Liferafts in Vancouver, BC, this device mounts to any building’s exterior vertical cladding, and with the press of a button the survival-ready raft is deployed within seconds. Onboard, passengers have access to the necessary survival goods to withstand extreme elements, and they are traceable, thanks to its onboard GPS tracking system and other essential items to keep your family safe. 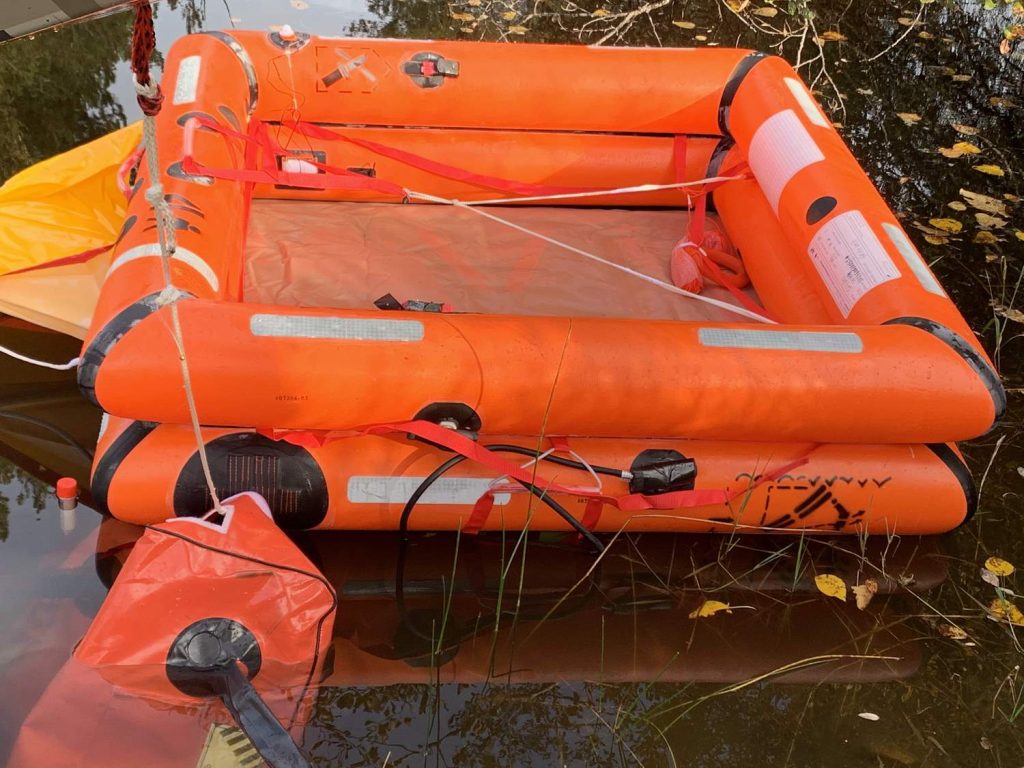 Robert Travis, who experienced the devastating forest fires in Fort McMurray, Alberta, in 2016, and the Alberta High River Floods seven years ago, came up with the idea for ARK when he moved into his Vancouver home that was near a floodplain.

“The idea of having an inflatable raft on the second floor of our home was always on my mind, so I assembled a team, and we got to work developing a life raft that will take urban flood protection to a whole new level,” says Travis. “After three years of hard work, we are thrilled to say that ARK is here to fulfill a need: that is, to help save lives.”

ARK, which is a CO2 deployed unit, is now getting interest from schools, hospitals, businesses, communities, and even the military. The new device – stylish, sporty, and durable in every sense – will also greatly appeal to homeowners who live near floodplains, and in areas prone to hurricanes.

This first-of-its-kind life raft is manufactured by Rooftop Liferafts, having collaborated with respected marine industry players like Survitech and Zodiac. Many prototypes over the past few years have been developed with the help from marine, safety, and whitewater rafting specialists. Additionally, the product will help search and rescue organizations when flooding occurs as they will be better able to locate distraught citizens.

“ARK is not just a raft. There’s an engineered deployment system, there’s an onboard GPS locating system – ARK has it all to help people survive, and it will help air and ground rescue teams find people quicker and help bring them to safety,” 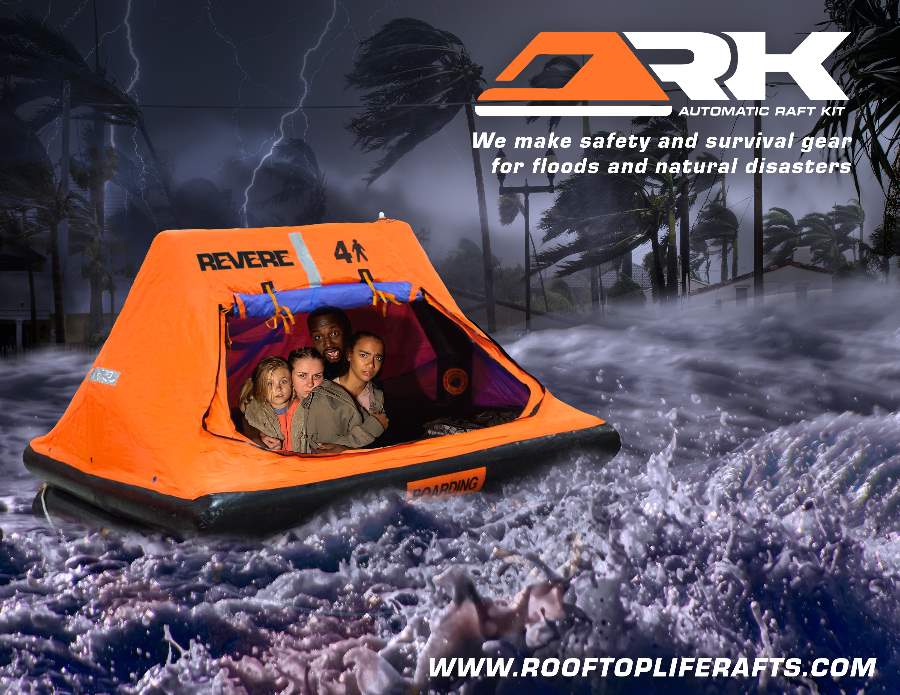