It’s the start of the rainy season again in Ghana and Accra, the capital, is already under water.

Torrential rain on Thursday 05 June 2014 left huge areas of the city flooded in particular Kwame Nkrumah circle, Kaneshie First Light and the Central Business District. Roads are blocked and transport in some areas is virtually impossible. 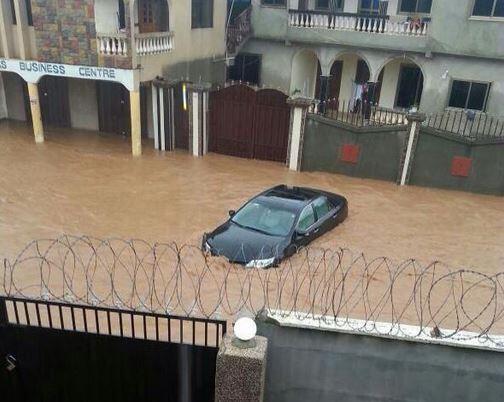 Some damage to property has also been reported. However, so far there have been no injuries or loss of life. Accra suffered from severe flooding in October 2011 where at least 9 people lost their lives.

The city floods on a regular basis. For example, Accra suffered from flash floods in February earlier this year, as reported by FloodList here.

Poor drainage systems which are often blocked by trash and debris, as well as illegal building on flood plains are often cited as aggravating the city’s flood problems. 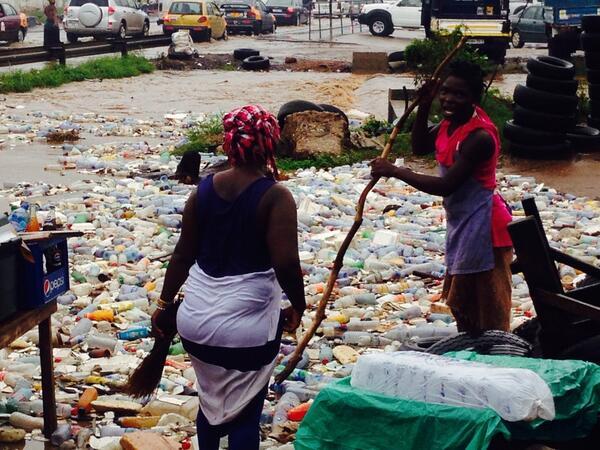 It also seems that the nearby Korle Lagoon is choked with silt and debris, forcing the Odaw River which flows into it to regularly burst its banks.

A project to upgrade the city’s drainage and flood mitigation was announced in 2013. The Accra Sanitary Sewer and Stormwater Drainage Alleviation Project is to be executed by the Conti Group with a $596 million financial commitment by the U.S. Ex-Im Bank. It is unclear how far along work on the project currently stands.

At Least 54 Dead in Floods in Baghlan, Afghanistan