The International Displacement Monitoring Centre (IDMC) earlier this week released some figures regarding people displaced by natural disasters in 2012.

According to the report, in 2012, 32.4 million people around the globe were forced to flee their homes as a result of a natural disaster such as an earthquake, flood or storm.

Not unusually, the worst affected areas of the world were Asia and Africa, especially west and central Africa. Figures for displacement in Africa have risen steeply in 2012, where 8.2 million people had to leave their homes. This is over 4 times higher than in previous years. Between 2007 and 2012, over 80% of the world’s displaced have been in Asia.

By far the majority of displacement was due to flooding. For example, flood disasters in Nigeria and India totalled 41% of the world’s displaced people in 2012. Flooding in Nigeria in 2012 resulted in nearly 7 million people fleeing their homes. Likewise 7 million were displaced in India during the monsoon rains and floods of 2012.

According to the report:

India saw the largest displacement event of the year due to monsoon floods in the north-eastern states of Assam and Arunachal Pradesh 6.9 million people were displaced.

Of the 1.3 million people displaced from western countries, the worst hit was the USA, most likely as a result of Hurricane Sandy, where 775,000 were displaced.

The Internal Displacement Monitoring Centre is considered to be the leading international body monitoring internal displacement worldwide. It was first established in 1998 by the Norwegian Refugee Council. 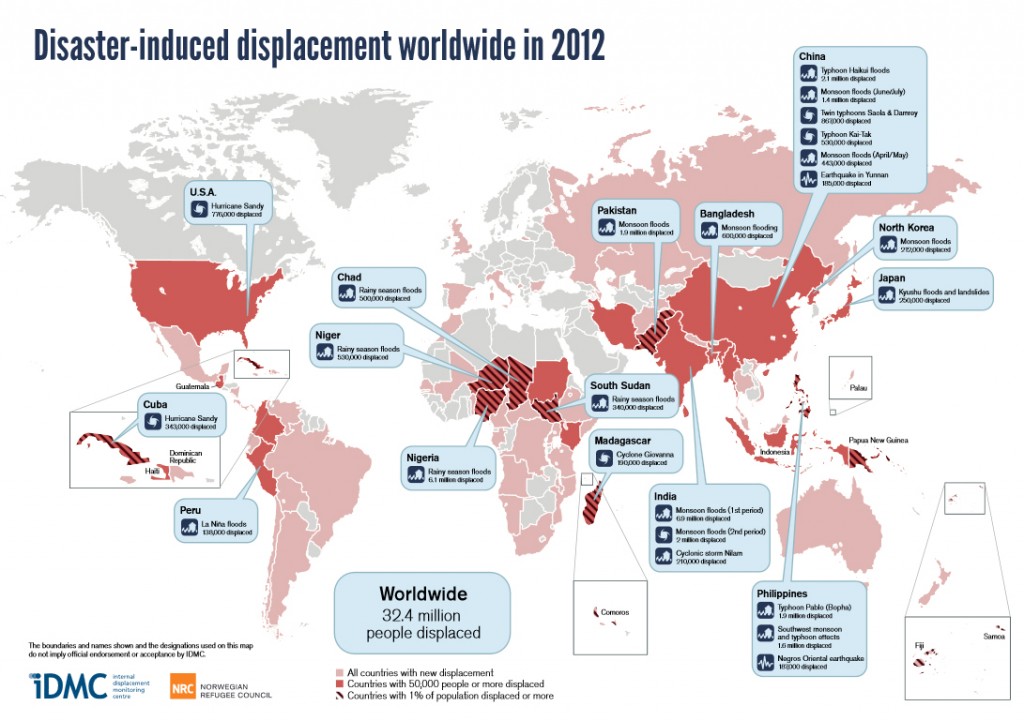