4 Dead After Floods in Honduras

3 December, 2013 by Richard Davies in Americas


Four people have died in floods in the departments of Yoron, Colón and Atlandida, Honduras, over the last few days. Heavy rainfall has been falling in the Atlantic coastal region of Honduras since 28 November. Reports say around 60mm of rain fell in 24 hours in some areas of Colón.

Around 300 people had to be evacuated after floods damaged as many as 100 houses. Roads and transport has also been badly affected in Colón and Atlandida. 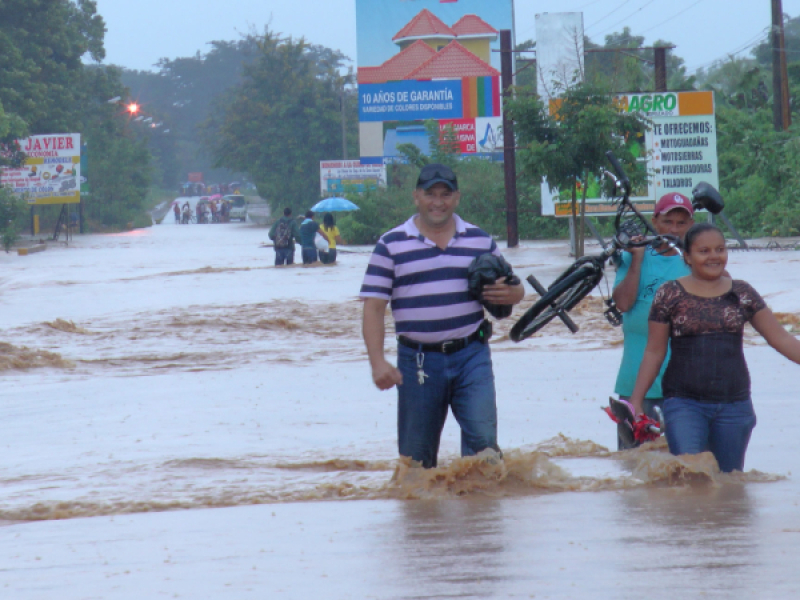 One of the victims was a man, aged 42, who was swept away by flood waters of the overflowing San Jose River in the deparment of Yoro. La Ceiba and Roatan airports were closed for a short time as a result of stormy weather and poor visibility.

The heavy rain and storm have also affected the Honduran capital, Tegucigalpa, although on minor damage has been reported with no casualties or evacuations.

Flood warnings were issued for departments of Yoron, Colón, Atlandida and the Bay Islands (Islas de la Bahía), the small group of Honduras islands in the Caribbean, but have since been downgraded to “green”. The heavy rainfall was part of a cold front in the region, which is expected to stay for a few more days, making further heavy rainfall a possibility.