4 Killed in Floods in Rurrenabaque, Bolivia

Nearly 25cm of rain in 24 hours caused deadly flooding and landslides in the town of Rurrenabaque, Beni Department, in the north of Bolivia. The rain fell on Saturday 25 January 2014 and caused the nearby Beni river to overflow. Rurrenabaque lies along the east bank of the river. Initial reports say that four people have been killed and there are around 7 people missing. Over 250 families have been affected by the recent flash floods there.

Aid is being delivered to the remote town by aircraft and helicopter. Further rain is forecast for the next 24 hours at least. The Beni municipalities of Reyes, San Ignacio de Moxos, San Borja and Santa Rosa de Yacuma have also been badly affected by the heavy rainfall. 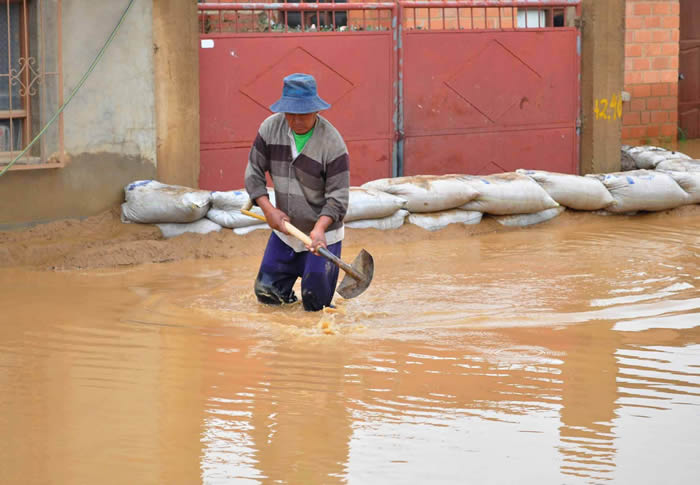 Bolivia has been suffering from severe flooding for several weeks. On Saturday 25 January the Bolivian government issued a report on the recent flood disasters affecting the country. The report says that as many as 18,000 people have been affected by the floods. This figure has grown by 2,000 since the last government update was issued. The worst affected areas across the country are Beni, Cochabamba, Santa Cruz and La Paz.

174,000 Insurance Claims Made After UK Floods