Flooding rain from Tropical Storm Grace has complicated rescue and recovery efforts in the wake of the earthquake in Haiti in which 1,941 people have now died. 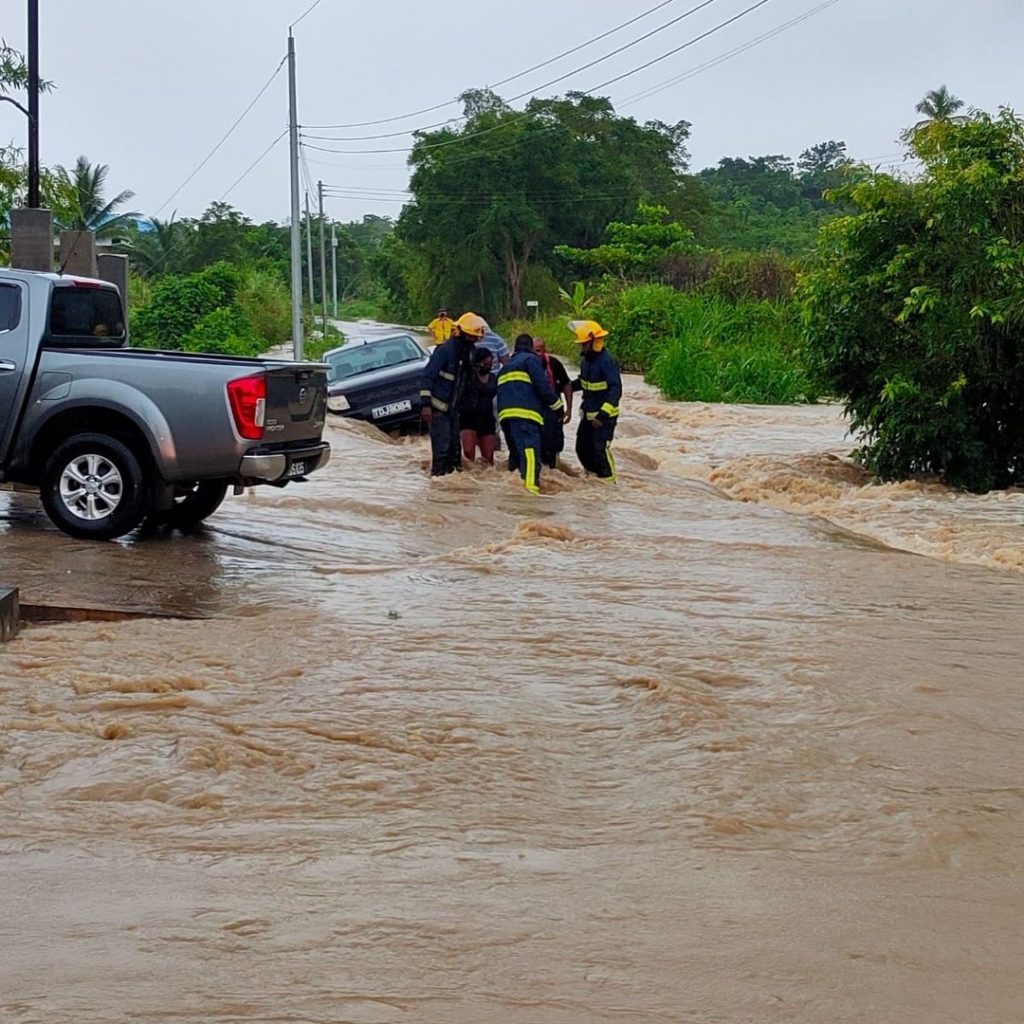 The Dominican Republic National Meteorology Office ONAMET reported 240mm of rain fell in Polo municipality of the Barahona Province in the southwest of the country in 24 hours to 16 August. As of early 17 August there were several reports of flooding in the province. Floods and landslides also affected Peravia, Hato Mayor and San José de Ocoa Provinces.

Flooding was also reported in neighbouring Haiti which is still recovering from the devastating 7.2 M earthquake of 14 August in which 1,941 have now died and over 9,000 injured.

The timing couldn’t be worse for a population under huge strain. Hundreds of thousands have been left struggling for food, water or shelter after the earthquake. Rescue teams are still working through the earthquake debris in search for survivors.

Tropical Storm Grace brought heavy rainfall to Jamaica on 17 August. The Office of Disaster Preparedness and Emergency Management (ODPEM) reported 13 incidents of flooding and 2 landslides as a result, mostly in eastern parts of the island and in particular in St Andrew’s Parish where ODPEM opened a refuge for anyone displaced by flooding

The storm has started moving away from Jamaica but more rain is forecast. According to the National Hurricane Center, Tropical Storm Grace could be near hurricane strength as it approaches Mexico’s Yucatan peninsula late Wednesday or early Thursday.

Earlier the government of Trinidad and Tobago reported adverse weather associated with Tropical Storm Grace affected wide areas of the country on 15 August, 2021. One person died after a landslide destroyed a house in Siparia Region.

Flooding was also reported in the regions of Port of Spain, San Juan–Laventille, Penal–Debe and Princes Town. The Ministry of Rural Development and Local Government said some homes were damaged and roadways impassable, leaving some residents and drivers stranded. Trinidad and Tobago Meteorological Service recorded 72.4 mm of rain in Piarco in 24 hours to 15 August 2021.

Trinidad was also hit by a tornado on 17 August which damaged homes vehicles are damaged in the community of Los Iros in South Trinidad. There were no reports of injuries or fatalities.