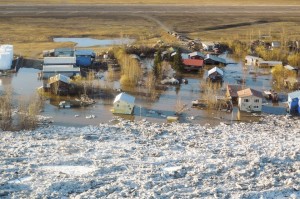 Snow melt in spring time presents a flood hazard to many around the world. I myself live in an area of Germany near the River Oder which often sees huge increases in water levels during the spring when the snow on the higher regions further upriver is melting. It’s a strange feeling to dread spring.

But my experience is little when compared to the residents of Galena, Alaska. The town of around 500 population is now all but underwater. At the time of writing, only the small airport was safe from the floods, but even that situation was looking precarious.

The US National Guard helped evacuate many of the town’s residents (and pets!) via aircraft and helicopter, while others made their way to safer, higher ground by canoe or boat. The Red Cross is providing assistance for some of those evacuated. there have also been reports that pilots of small aircraft from neighboring towns such as Fairbanks, Nenana and Big Lake, plus Samaritans Purse, also helped with the evacuation.

The floods came as result of snow melt on a massive scale – probably the scale you are only ever likely to see in the far, frozen north. 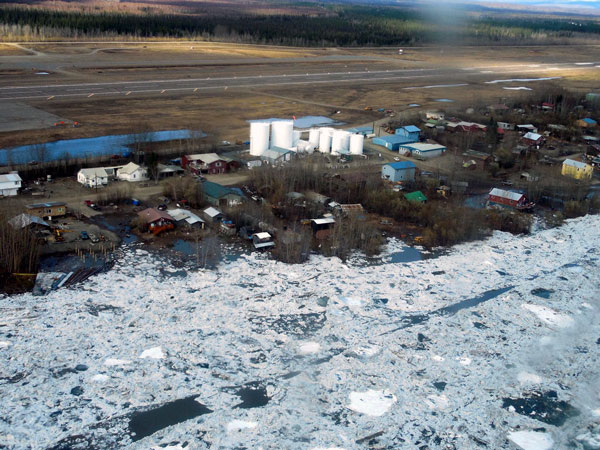 Galena is located along the Yukon River. About 20 miles down river from the town is a sharp “S” bend in the river, known as called Bishop’s Rock, which over the years has become well known for creating ice blockages over the winter months. But with the ice blocked in the bend down river, the snow melting further upstream means plenty of water with nowhere to go, other than over the river banks and into the town of Galena. There have been some reports that the ice jam has since started to break up. 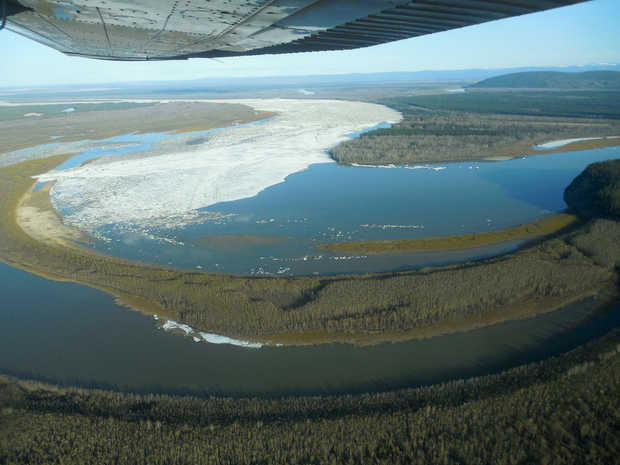 Nearly all the roads are flooded beyond use, and it is understood that some homes and buildings have about 7 foot of water in them. Galena resident and evacuee Shane Edwin described the scene as “a whole bunch of chaos.”

“The roads are all gone,” he said. “The houses are flipped over. It’s just trashed. I couldn’t grab anything, not even my ID. The water came so fast.”

For anyone who wants to find out about the welfare of local residents, I suggest looking at the Yukon River Rescue page on Facebook here.

4 thoughts on “Floods in Galena, Alaska”