The flood situation in the state of Bihar, India, worsened over the weekend when a further 51 deaths were reported.

The recent fatalities bring the death toll to 253 in the state since flooding first began after a period of heavy rain from 10 August.

Almost 7,000 villages in 20 districts (of 38 in total) have now been affected, according to Bihar’s Disaster Management Department.

Below is a list of districts affected by flooding, plus the number of deaths in each:

As of 20 August, the Flood Monitoring Cell of the Water Resources Department, Government of Bihar, reported that rivers are above danger levels in 14 different locations, including the Kosi river at Kursela, Katihar district, the Mahananda river at Dhengraghat, Purnia and the Gandak at Dumariaghat, Gopalganj district.

The government of Bihar is calling for donations to help all those affected by the flooding.

Below is a map showing the flooded areas (in darker blue) in Bihar, as of 17 August 2017. The map is provided by the Flood Monitoring Cell of the Water Resources Department, Government of Bihar. 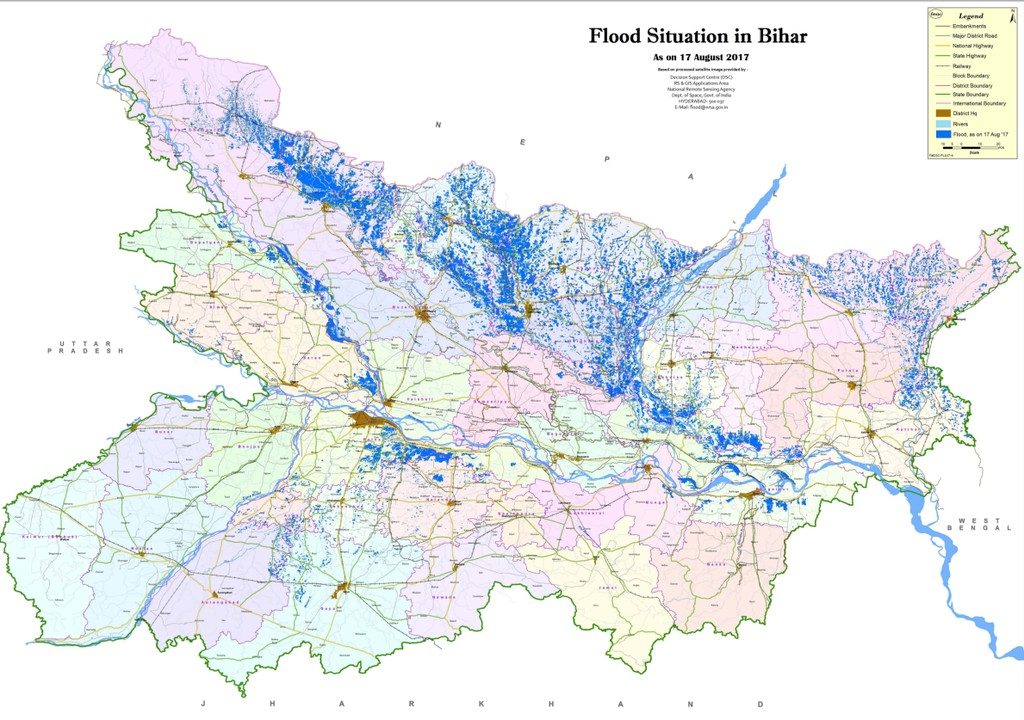 Mangrove-Planting Drones on a Mission to Restore Myanmar Delta