The UN Office for the Coordination of Humanitarian Affairs (OCHA) in Myanmar have confirmed that the death toll of the flood disaster now stands at 103.

Heavy monsoon rainfall, combined with rain brought in the wake of Cyclone Komen, resulted in widespread flooding during early August 2015, affecting all but a few regions or states of the country.

More heavy rain has fallen since then, and river levels are still high, posing a risk for communities living along river banks. WMO report that Kyaukpyu in Rakhine State saw 86.9 mm of rain in 24 hours to 17 August 2015.

OCHA figures also say that 1,152,490 people have been critically affected by the floods, which have left 15,239 houses destroyed.

During a meeting on relief and resettlement for flood victims of 14 August 2015, United Nations Resident and Humanitarian Coordinator in Myanmar, Ms. Renata Dessallien said that a precise picture of the flood damage is yet to be determined.

“We know that the impact of the heavy rains, floods and landslides are extensive but we are yet to fully determine the extent. Immediate needs are nation-wide with a particular focus on the hardest hit areas of Chin, Magway, Sagaing and Rakhine. But we also know that the flood waters have moved south and evacuations have occurred in Bago and Ayeyarwaddy.”

OCHA reports that 17 million people live in the most affected areas. Recently Myanmar’s Ministry of Agriculture reported that more than 1.29 million acres of farm land have been inundated and 687,200 acres damaged.

Only 123,000 acres have been re-planted so far, with just two weeks of the planting season remaining. There is a fear that the floods will impact food security over the coming months.

Renata Dessallien said, “I know that Myanmar farmers are at a critical phase in the cropping calendar where rice must be planted in less than two weeks, at the absolute maximum, in order to make the next harvest. Failure to do so will result in extensive food insecurity, extended economic hardship, and loss of rural livelihoods in large parts of the flood affected areas. We are dependent on government for this critical time-sensitive action.”

Before and after the floods. The two images below, courtesy of NASA, show the Irrawaddy River in Myanmar. The first image shows the river at normal levels, taken during August 2013. The second image shows the river during the current floods of August 2015. The composites above were made from images acquired by the Operational Land Imager (OLI) on the Landsat 8 satellite.

Aid agencies estimate that at least $47 million is required for the emergency response. Access to clean water and sanitation, as well as food, is of major concern, especially for the most vulnerable.

“In the four worst affected states and regions, Chin, Magway, Sagaing and Rakhine, flooding has hit those who were already among the most vulnerable in the country,” UNICEF Acting Representative in Myanmar Shalini Bahuguna said. “Today we are sending out assessment teams to Bago and Ayeyarwady regions, which have also been affected, so that we can assess the situation and bring aid to those who need it.”

The European Commission is also providing emergency support and aid of €1 million. Christos Stylianides, EU Commissioner for Humanitarian Aid and Crisis Management said “The EU stands by the people affected by the floods both in Myanmar and Bangladesh. With more rain on its way, the key priority now is to make sure people are safe – and then to help them rebuild their livelihoods. Our new humanitarian funding will help provide immediate help to those in need through our partners on the ground.”

The aid will be targeted at providing essential support such as food assistance and nutrition, shelter, water and sanitation. This is a first funding decision and further support could be allocated depending on needs on the ground.

Medical Teams International (MTI) – a global relief and development organization serving people affected by disaster, conflict and poverty around the world – is also on the ground and actively raising much-needed funds in order to get the most critical relief to those who need it including food, water, sanitation, medical care and shelter. MTI had already been working in Myanmar and has an office there.

“The deadly flooding in Myanmar threatens vulnerable communities with little to no access to health services,” said Joe DiCarlo, MTI’s vice president of programs. “We’re assessing the situation and have someone on the ground working with our partners to provide essential emergency care for those affected by the flooding.”

Photos below courtesy of MTI 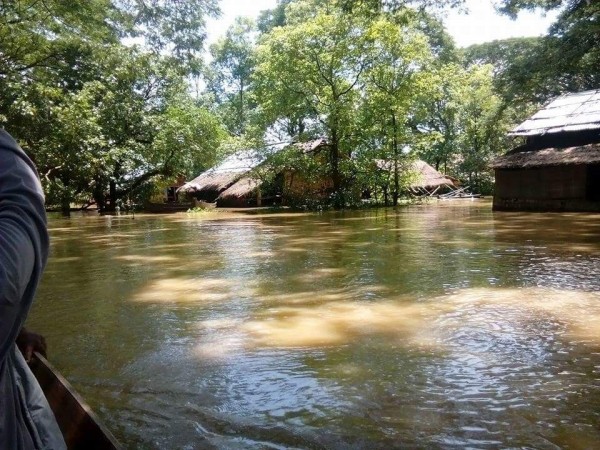 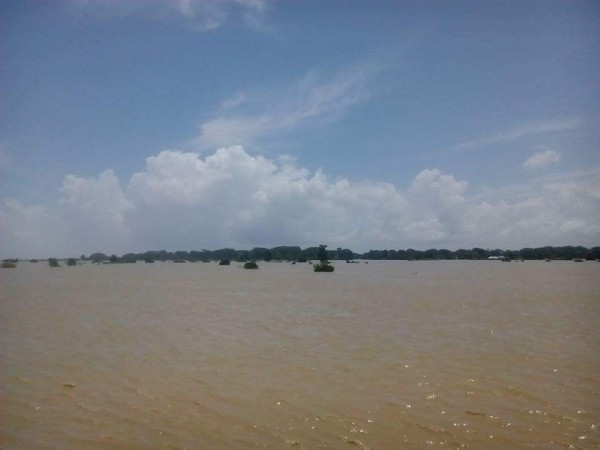 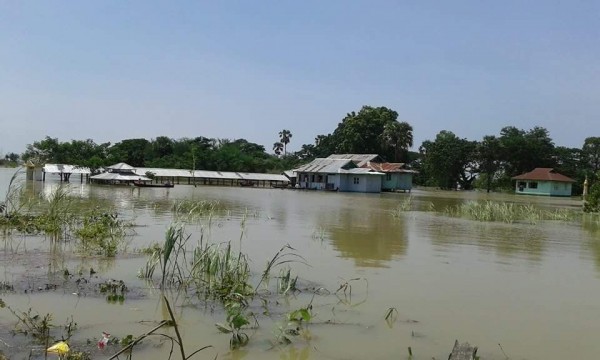