14 February, 2014 by Richard Davies in Australia, New Zealand and Oceania

Residents of Adelaide just experienced their wettest 24 hours since the sixties. Up to 9:00am on Friday morning, 75.2 mm of rain fell on central areas of Adelaide, making it the 5th wettest day on record. Over 100mm fell on some outskirts of the city in just a few hours during Friday 14 February 2014.

Although the heavy rainfall caused some flash flooding, it may well still be welcomed by some after Adelaide’s record hot summer. 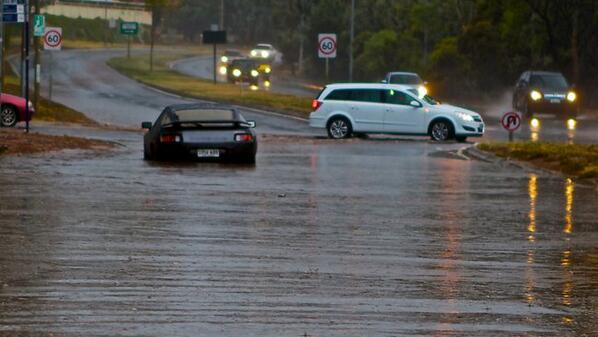 Flooding caused problems for traffic and trains. Emergency services had to deal with hundreds of flood related incidents, but there have been no reports of casualties. Fire services helped clear areas of flood water using pumps. The areas of the city and suburbs most affected include Peterhead, Woodville, South Terrace, Kilburn, Port Adelaide and Mawson Lakes.

#Adelaide floods – Our extreme summer deals up a drenching. pic.twitter.com/LfA8oYtagW