Over the eons, large floods have periodically inundated entire regions of Europe. We have included some background and information on some pf the most populated countries and regions, plus some of the worst affected areas. 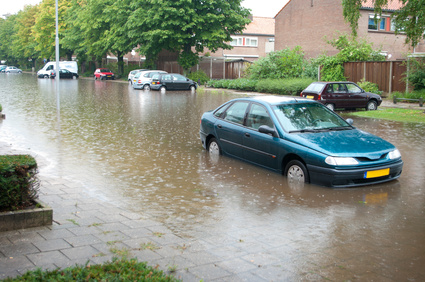 The Netherlands, because land there is at or below sea level, has the most floods, but these inundations have become accepted as a normal way of life there. Other parts of Europe, however, have not become quite so acclimated. Excessive rainfall, failures of dams and tidal surges have all created unexpected floods throughout Europe, from the 1910 overflow of the Seine River throughout Paris to the 1963 collapse of the Vajont Dam in Italy to the 1981 windstorm that caused flooding along both sides of the English Channel to the excessive rain throughout Europe in the last half of the first decade of the 21st century. Floods have become a fact of life for many Europeans. See our links on the left for information on flooding in particular regions or countries of Europe.