UK’s Climate Is Getting Warmer and Wetter Says Met Office

The Met Office says the UK is getting warmer and sunnier but also wetter as a result of climate change. 2020 was third warmest, fifth wettest and eighth sunniest on record for the UK.

The latest analysis of the UK climate, State of the UK Climate 2020 published in The Royal Meteorological Society’s ‘International Journal of Climatology’, has shown that climate change is already being felt across the UK. All of the top-ten warmest years for the UK in records back to 1884 have occurred since 2002, and, for central England, the 21st century so far has been warmer than the previous three centuries.

“2020 was another notable year for the UK climate, with records broken for daily rainfall and monthly sunshine hours. Average temperatures for the UK continue to climb, with nearly a degree of warming when comparing the most recent 30 years with the preceding 30-year period. Last year saw some significant weather extremes including severe flooding from heavy rainfall in February and a major heatwave in early August.”

Storms Ciara and Dennis, hitting the UK only one week apart, were part of the UK’s wettest February on record, and brought devastating flooding affecting many homes and businesses. Most of the UK received more than twice the February long-term average rainfall, with 300% quite widely in the north and west, and over 400% in parts of the Pennines. 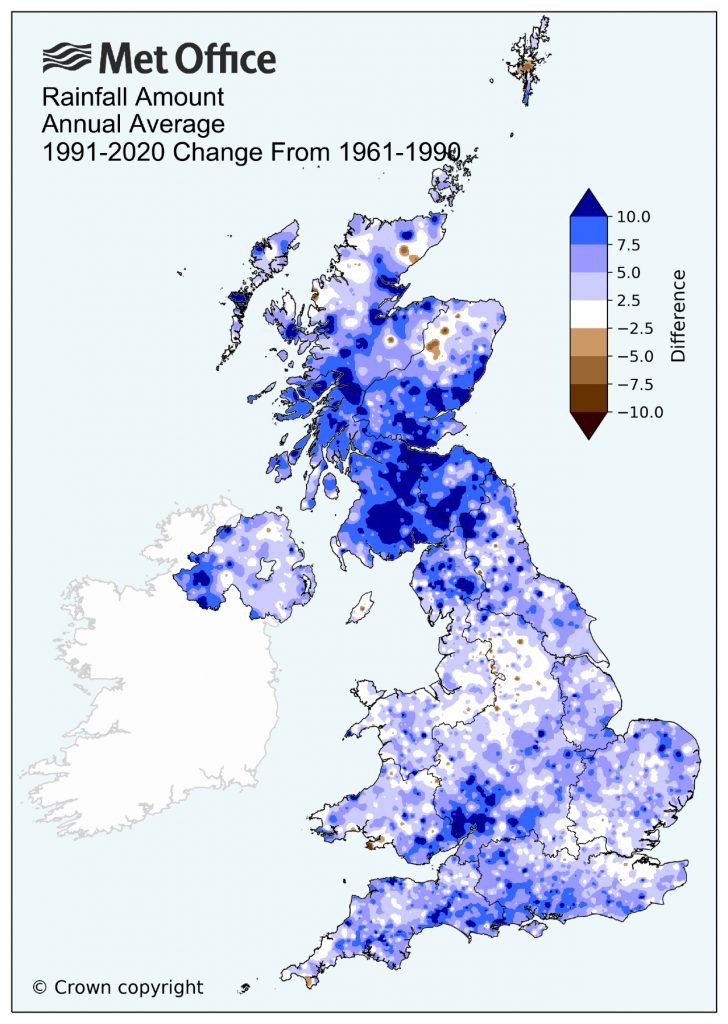 Sea level rise has accelerated in the UK over recent years. The rate of sea level rise has been 1.5mm/yr from the start of the 20th century, however, for the period 1993-2019 it has increased to over 3mm/yr. 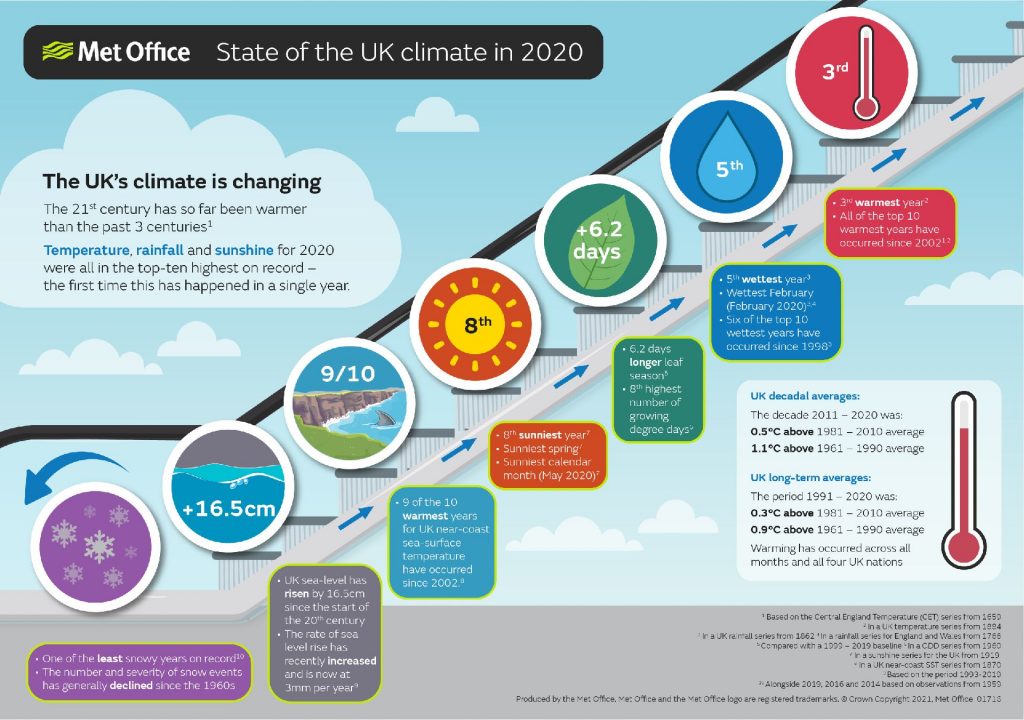